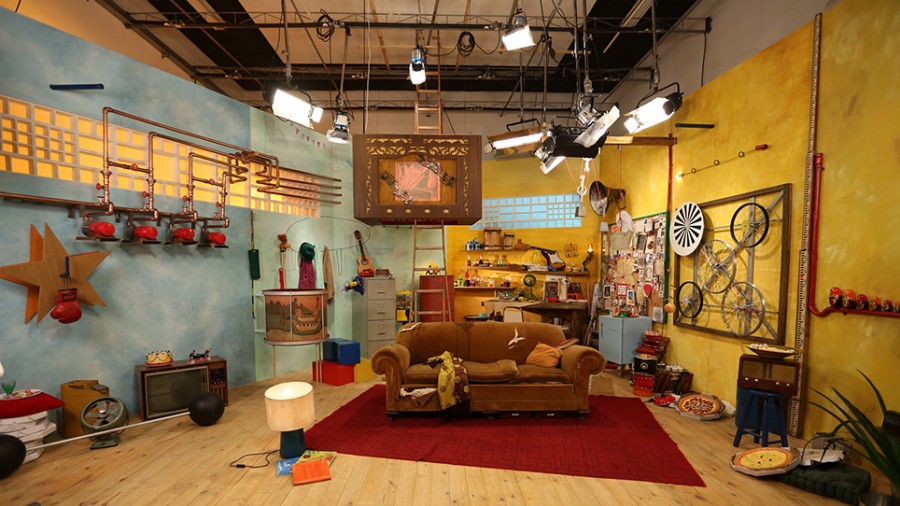 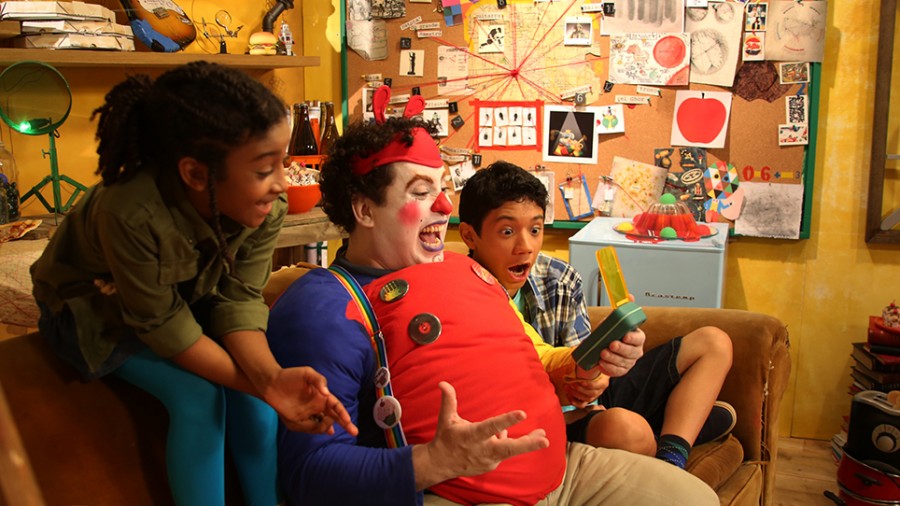 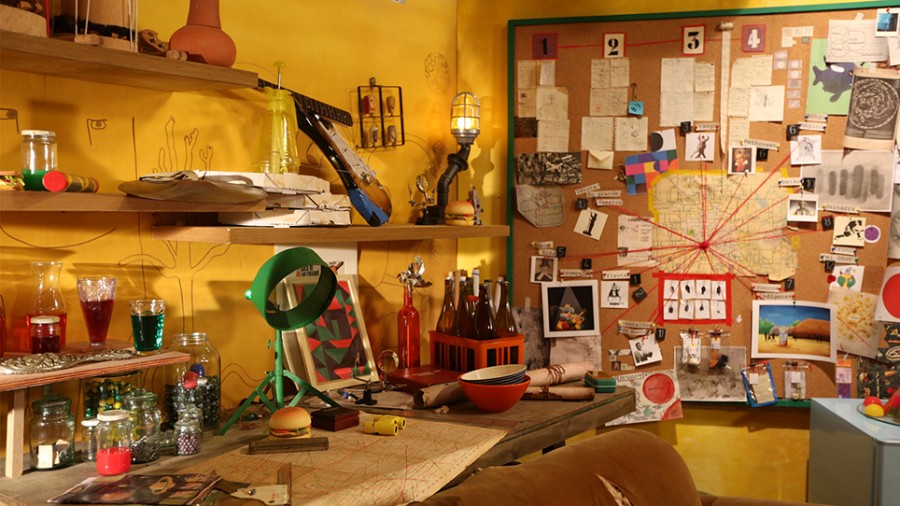 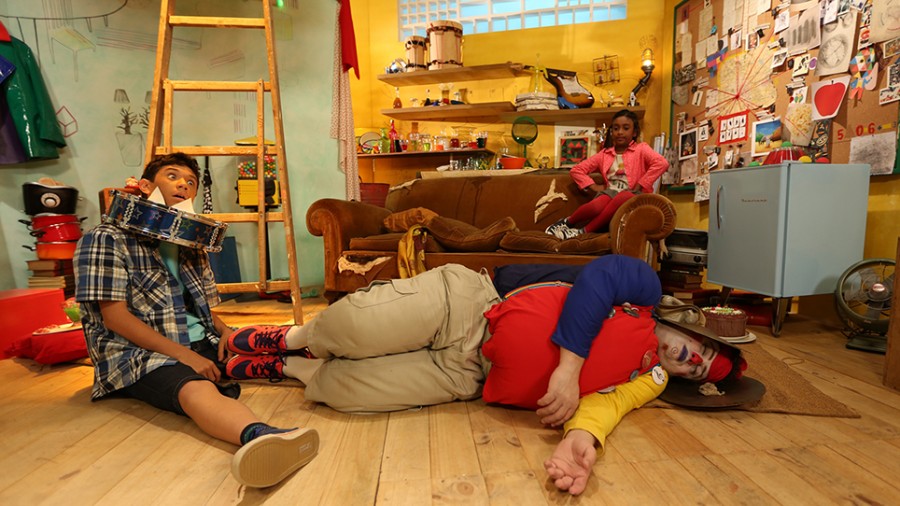 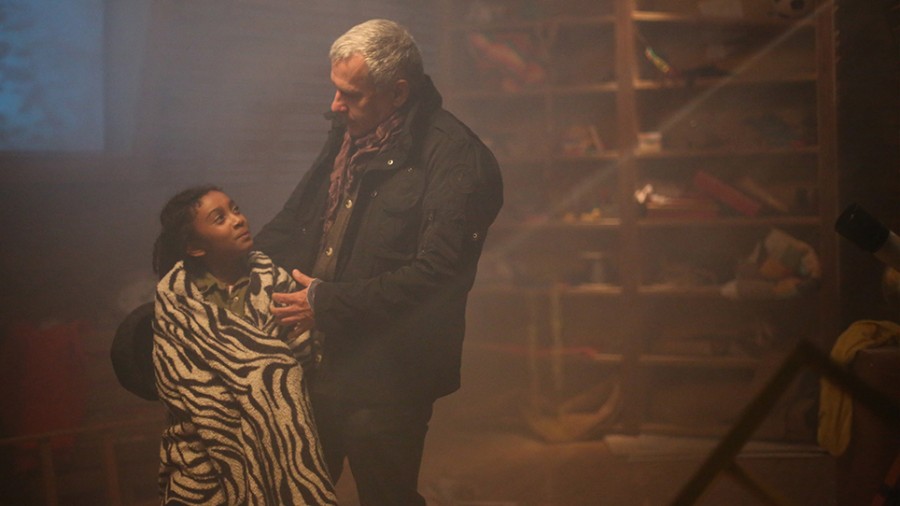 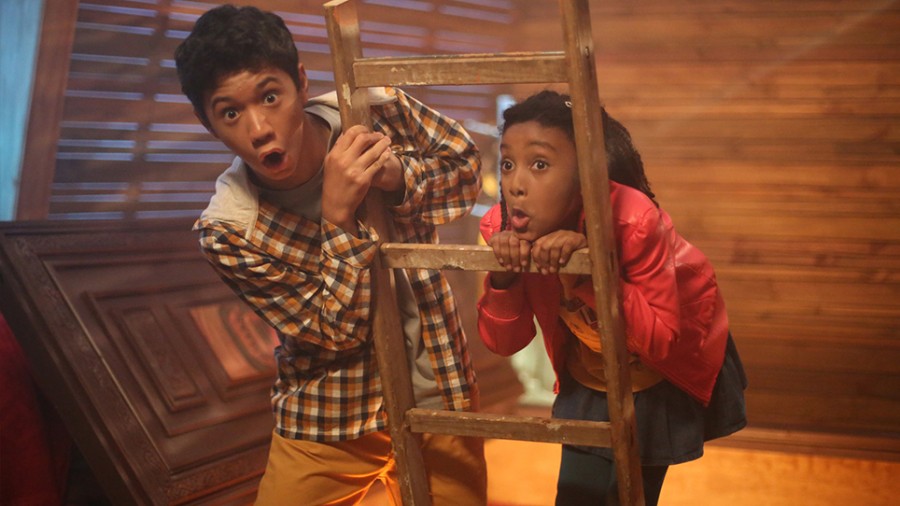 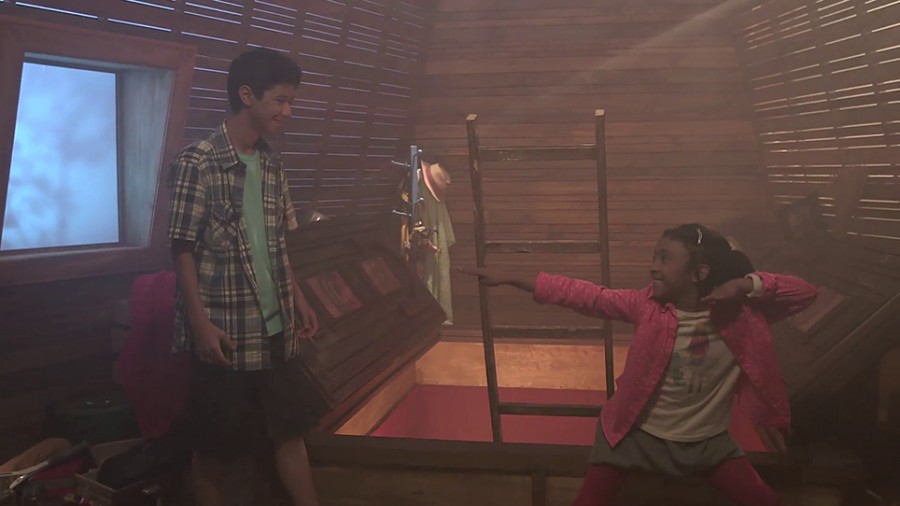 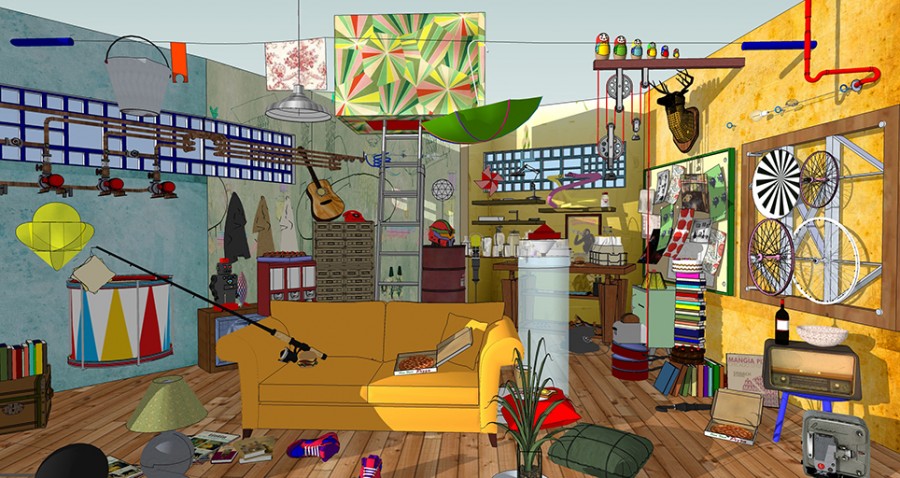 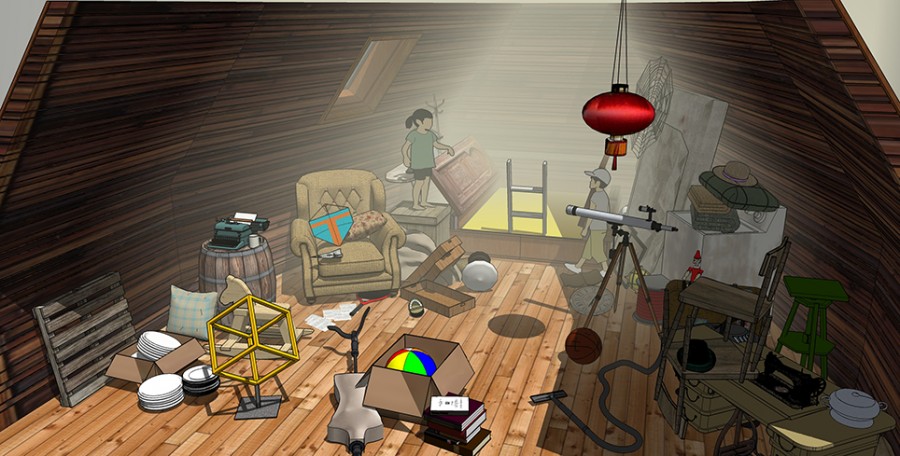 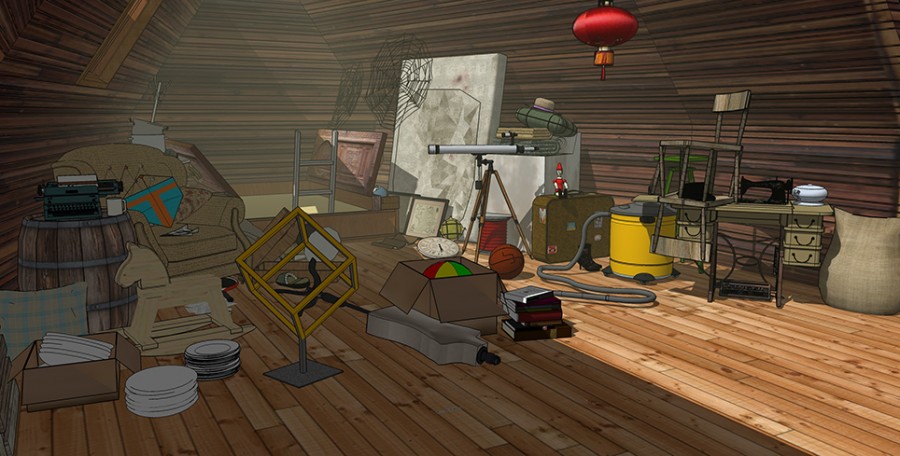 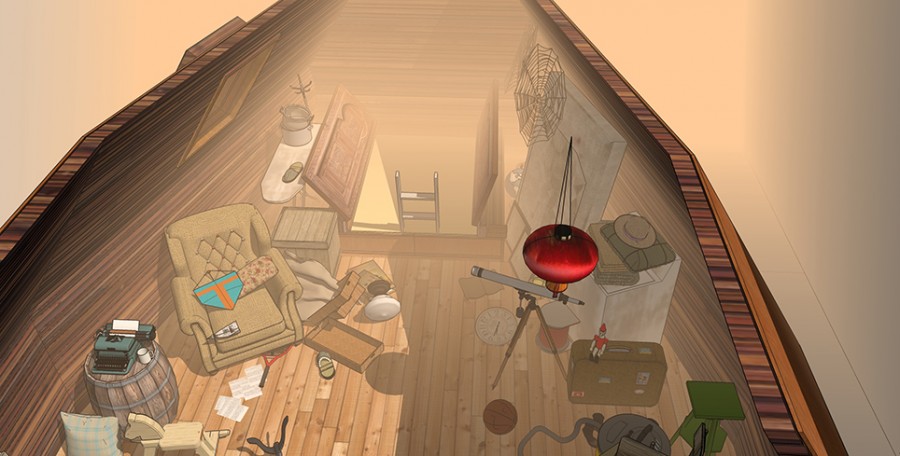 In 2013, we were asked to develop the art direction, set and costume design, for a children’s television mini-series called “The 13 Keys of Mardum”. The series was part of the Ministry of Education’s TV Escola programming for the younger public. Envisioned as an educational tool, with a focus on Year 1 (Primary School) Maths, it comprised thirteen episodes of 13 min. each, with both live action and animated sequences.

One of our responsibilities was to develop the two main sets for the live action work. One of those, an imaginary, dream-like space, was the workshop of Anonimus, the series main character; the other was a mysterious attic, in an old house filled with relics, where Cacá and Nina, the other leading characters “discover” a passage to Anonimus’s workshop, or, as he called it, his “secret hideout”.

Our objective here was to create a fun-filled environment that would immediately captivate a child’s imagination. One of the many ways we did this was by transforming common, everyday objects that were easily recognised by children into extraordinary contraptions. A stack of pots became a table, a cleaning brush served to hang objects on. The bizarre fusion of an infinity of objects, as well as the use of primary colours and brilliant finishings that made up the workshop highlighted the dichotomy we hoped to establish with the attic. Here, a sort of “junk closet”, the predominant material used for the “walls” (in essence the roof of the house) was wood. By installing horizontal boards, divided by only narrow seams, we were able to create precisely the lighting effect we wanted to evoke and intensify a certain air of mystery about the room. Indeed, the attic was imagined as a symbol of a distant past, filled with objects that had long lost their use, and was meant to entice children’s curiosity, to lure them to the many hidden secrets both there and beyond.

The series tells the adventures of two siblings, Cacá and Nina, aged 12 and 8 respectively, who live in a terraced house. Together, they help their upstairs neighbour, an enigmatic dwarf and magician called Anonimus, to recover 13 musical keys, their only hope of stopping Rumpus, a villain from the Parallel World who plans to hypnotise elves, fairies and dwarves and crown himself king. The 13 keys are symbols, and, when combined, will allow Rumpus to manipulate others through music. In their search for the keys, the children must venture through a portal located in Anonimus’s workshop. They find themselves in Mardum, the Parallel World, where they must face challenges and solve riddles. They are followed closely by Rumpus and his hound, Naktu, but manage to escape on numerous occasions with the assistance of a new-found accomplice, Ambrósio, a tiny detective.