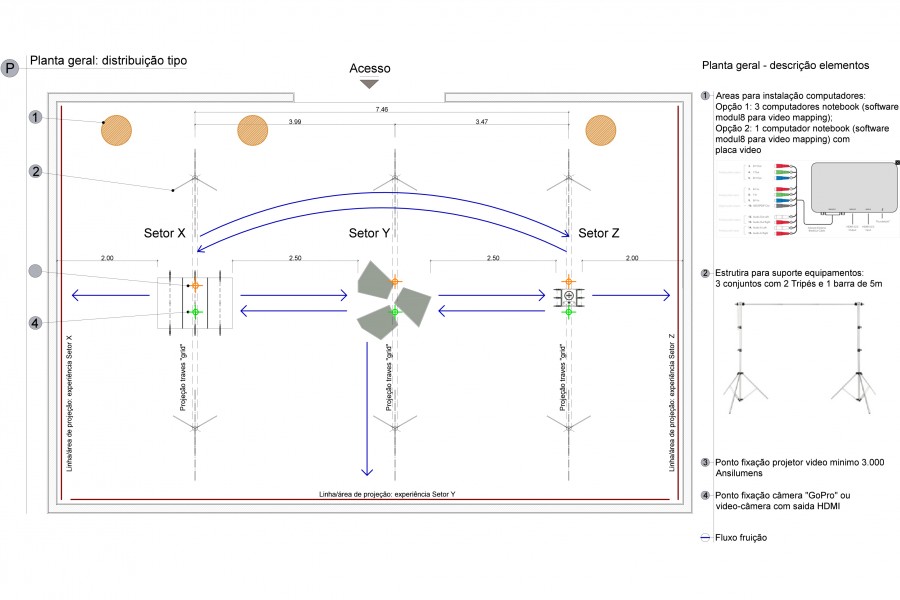 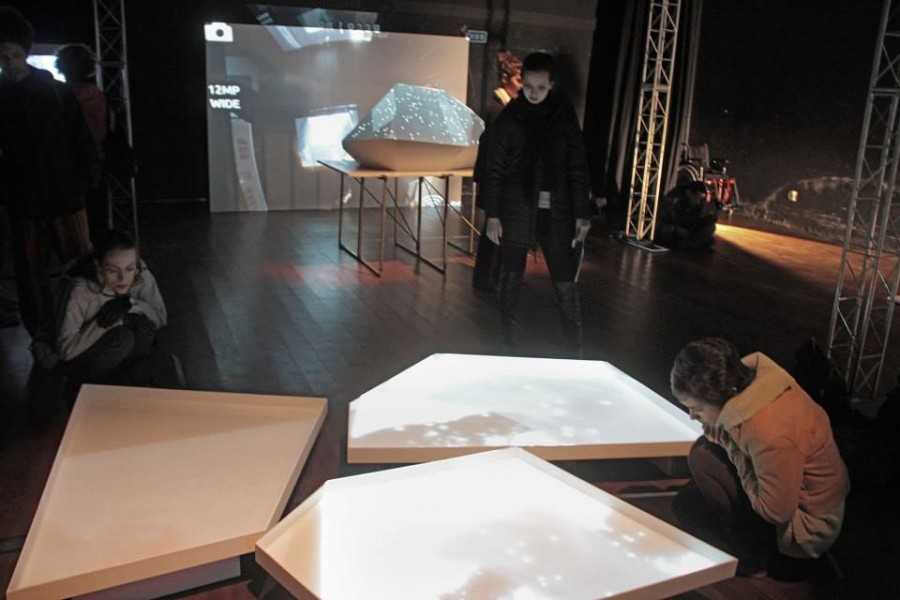 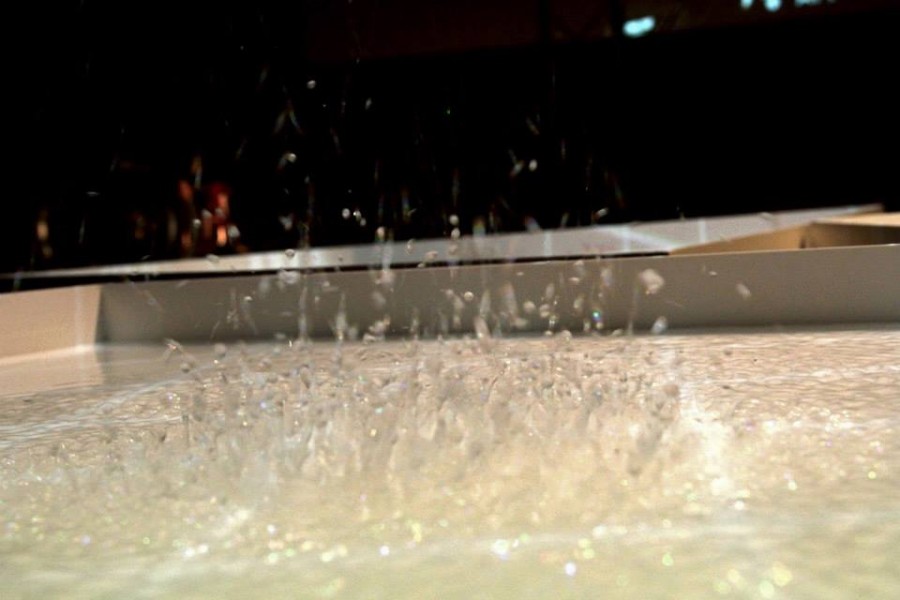 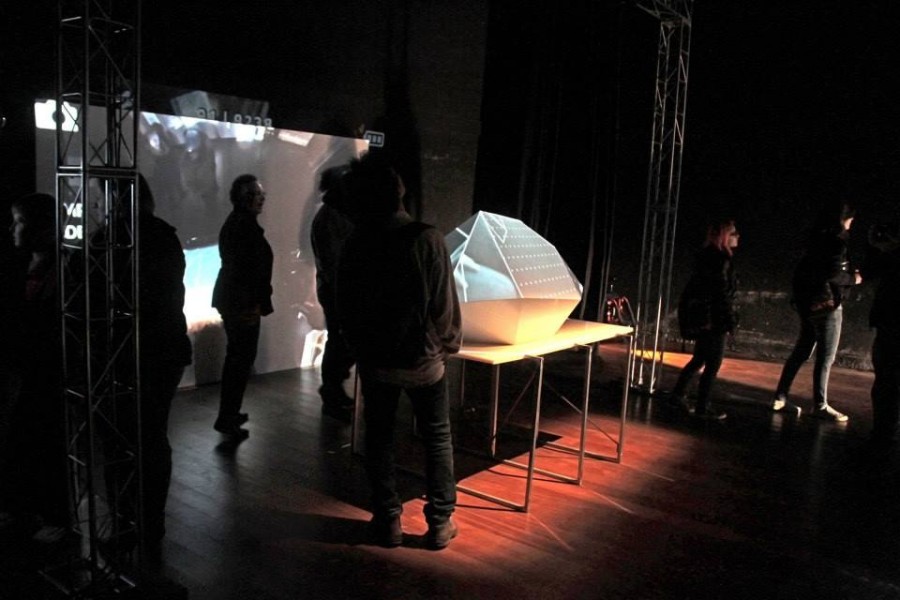 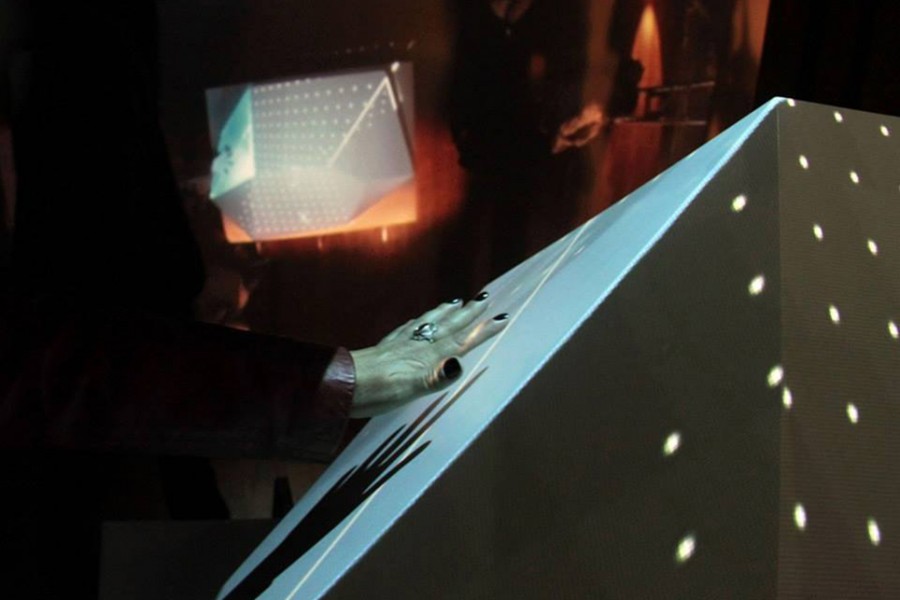 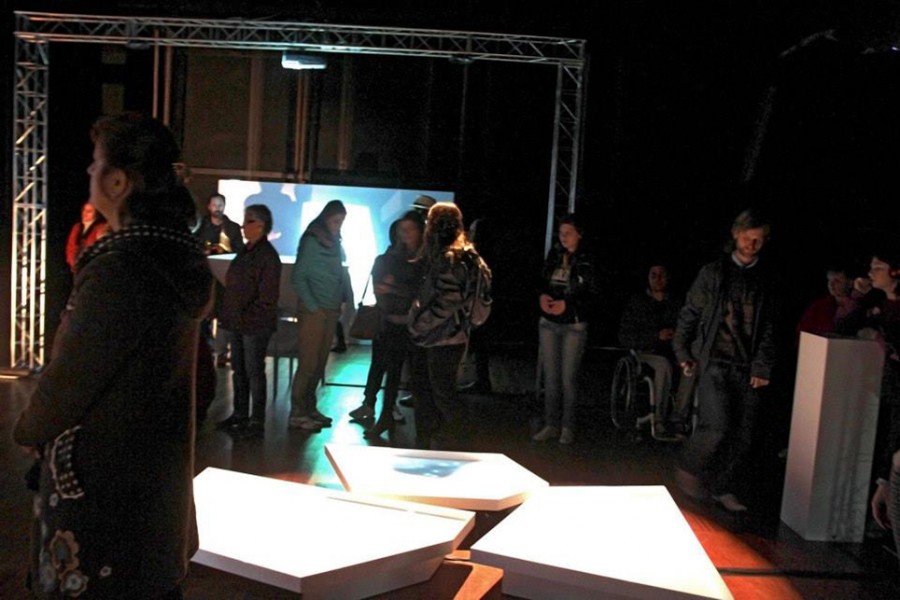 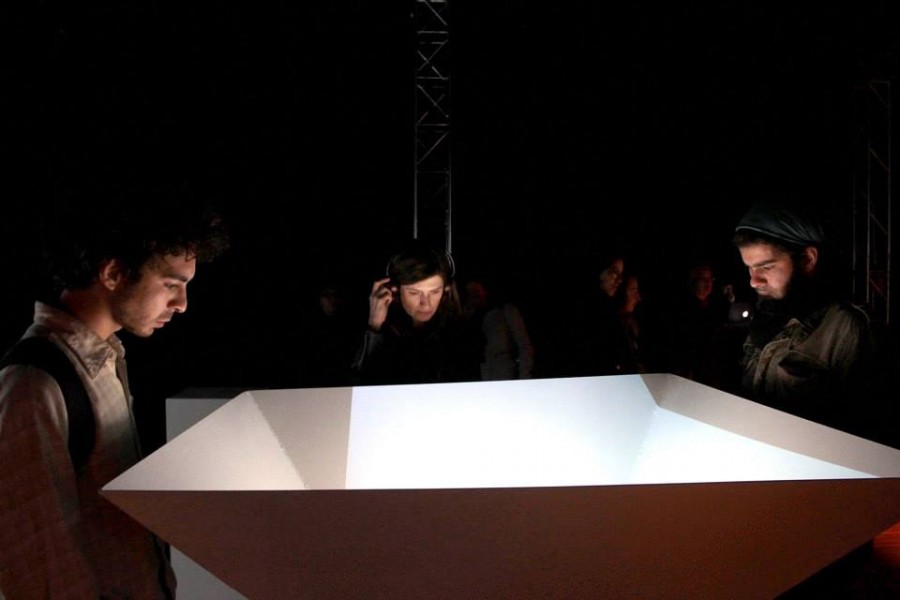 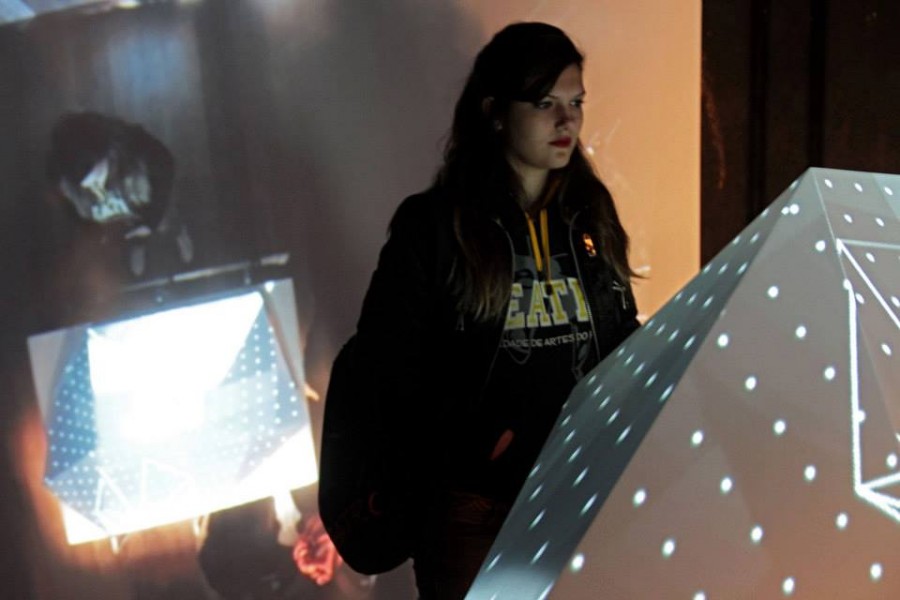 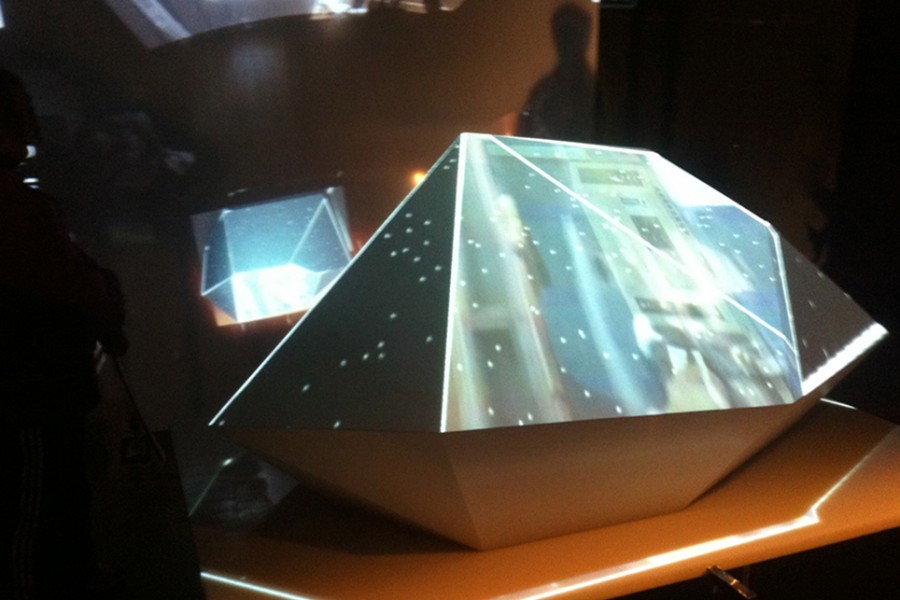 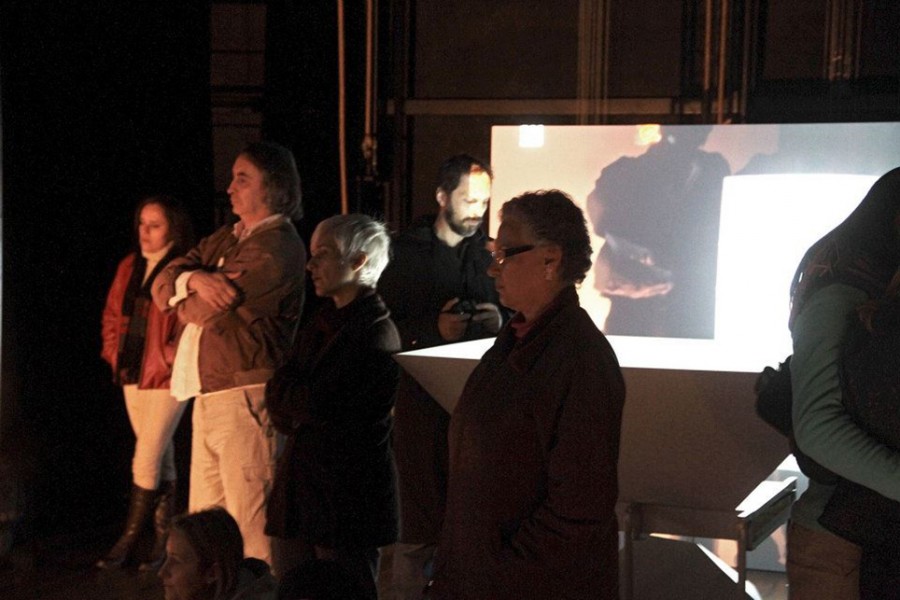 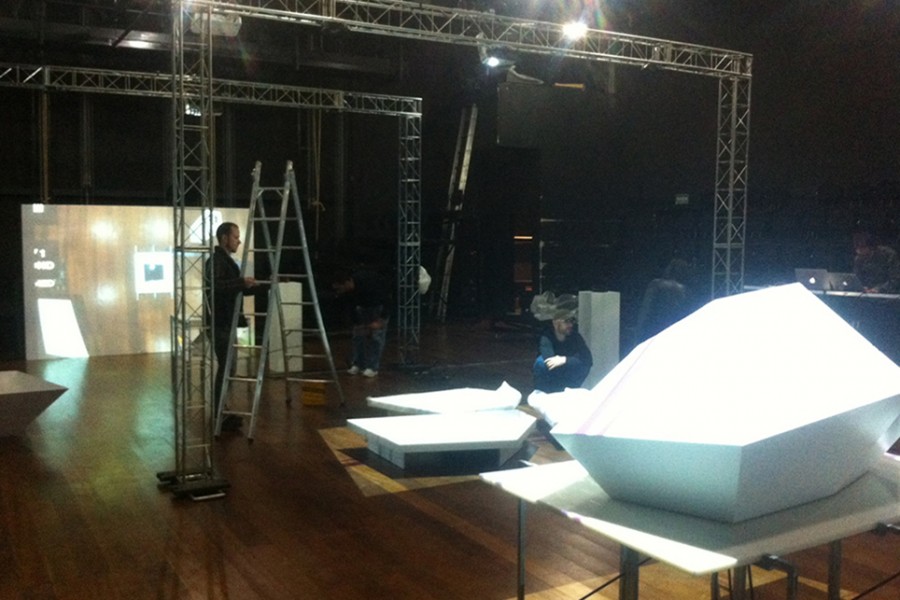 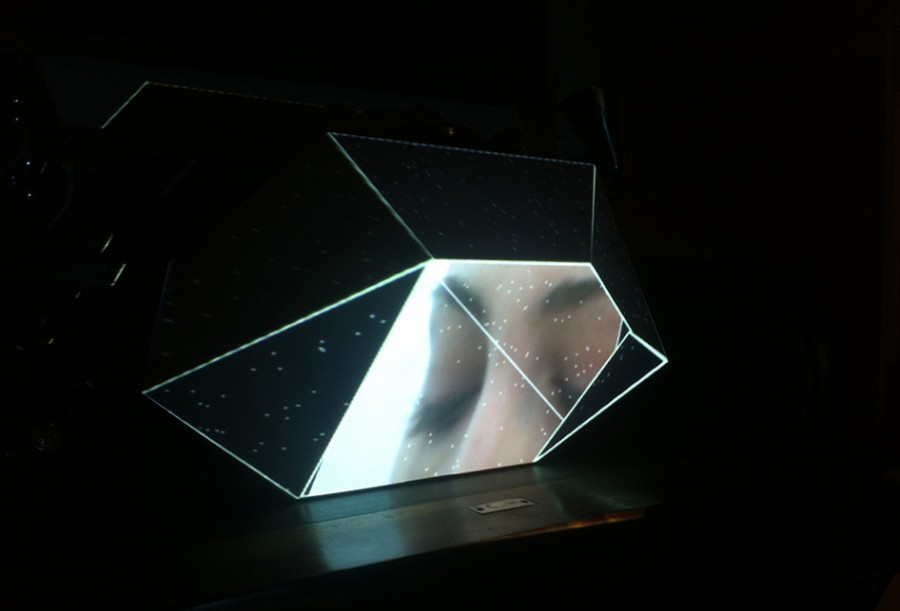 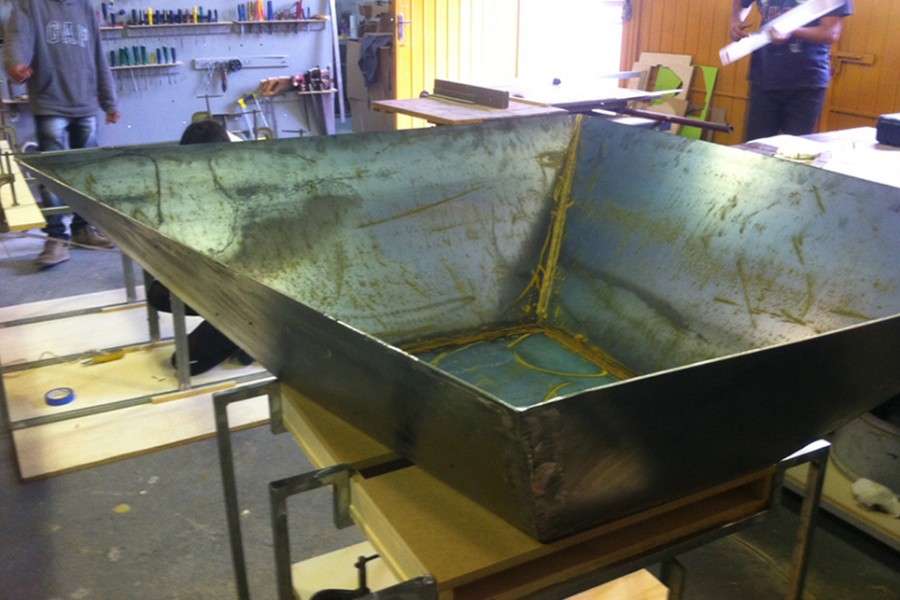 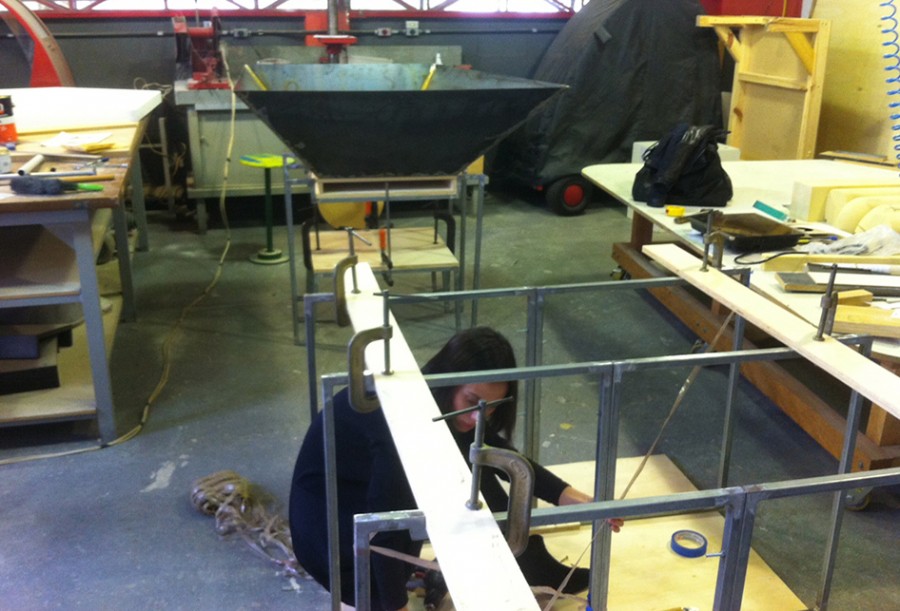 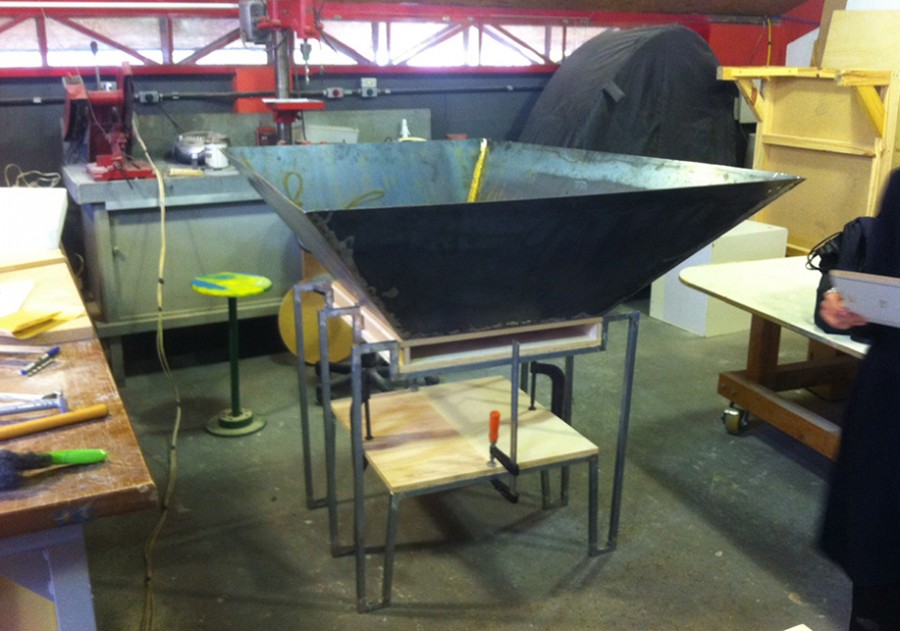 In 2012, we were hired by the dance company Limites to create a video installation in commemoration of their 20th anniversary (1992-2012).
By making use of different artistic languages, such as dance, video and music, the project aimed to examine some of the formal and aesthetic aspects of the investigative process in contemporary dance, as proposed by the company. In so doing, we mingled the bodies of interpreters and creators – dancers both with or without physical handicaps – as collaborators in the process.
The set of this video installation introduced to the public the concept of affordance, understood here as the fitting of the body to meet the demands of the environment. It facilitated the establishment of complex relations between the “architecture” of space, body language, image and sound, on the one hand, and, on the other, the main organizational principles adopted by the company, namely the creation of order out of order, as well as the creation of order out of chaos.
The organizational framework of this installation was a circular narrative, where a linear trajectory with a beginning, middle and end gave way to multiple beginnings that interacted with a three-dimensional space (X, Y, Z) – an allusion to the coexistence of order and chaos. Each of the three sectors (X, Y, Z), or starting points, of the installation contain a physical support made up of three-dimensional objects that facilitate the projection and fruition of an “image bank” created by the company. A fourth sector, yet another beginning, called Memory Sector, presents an archive of choreographic works produced by the company, particularly those from its first decade of existence(1990s). In sectors X, Y and Z, visitors are introduced to three artistic-experimental processes created by the dancers based on the following principles of relation/affordance: (a) body/camera/daily life, (b) body/camera/distortion, and (c) the poetic proposition of “flesh in water”, which results from the emergence, or recurrence of the patterns of relation established during the two earlier processes 1 and 2.
Besides promoting an awareness of the coexistence of the processes of order and chaos, stability and instability, present in all sectors, this video installation evidences a metaphorical, narrative framework that points to the creative potential of convivial spaces, where the major decisions and creative ideas of the company came to life. The concept of conviviality, indeed the very heart of this installation, was evident in the choice of objects directly associated with everyday life, such as a table, an oven, a pot and trays. Moreover, the relation/affordance of the processes of stability and instability is also suggested within each sector by the liquid and solid elements that alter, in real time, its very configuration, whether under the influence of external agents, such as rising temperatures, the effect of sound waves on liquids, and/or the effect of different sound stimuli created for the exhibition space.
More than merely project pre-recorded images, the installation also includes the real time capture and projection of images on the walls of the exhibition venue, as well as the performance of dancers/performers, not to mention the experience of visitors in contact with the work. Our aim was to highlight the importance of the processes of autonomy in each of the subsystems that make up the installation – both by artists from different areas and the greater public – as they promote the development and reinvention of the work of the dance company.

The different sectors of the installation
Memory Sector
A totem with a television set and DVD player shoed a montage of archive images of the company’s 20 years of activity.

A table with three-dimensional objects, made with resinous material, in the shape of a prism. Our objective was to show, metaphorically, the “finished” products that resulted from the materials that were transformed in the other sectors of the installation. The different sides of the prisms served as support for the projection of a video mapping. 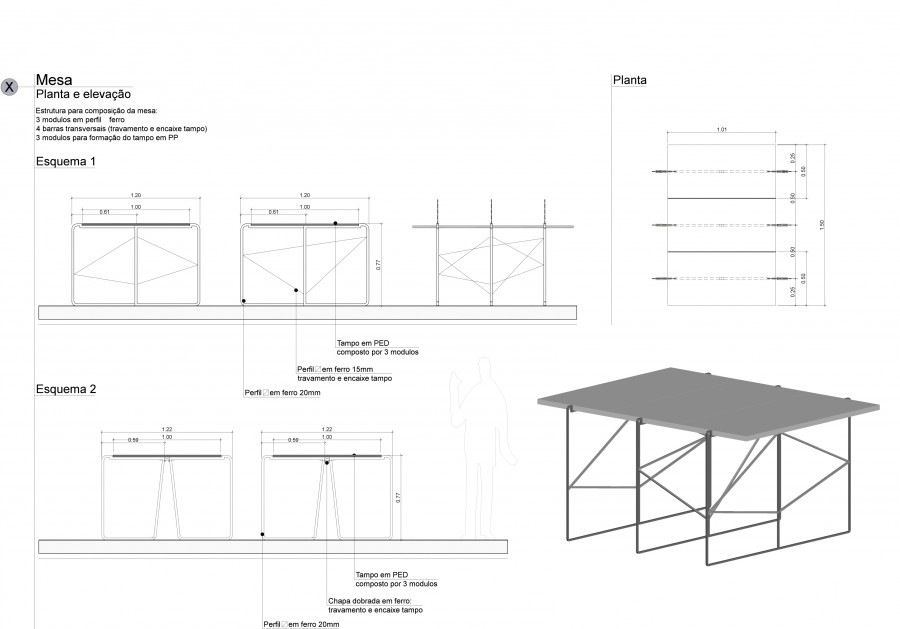 Sector Y
This sector was made up of three flat “trays” filled with water. It examined the relation between order and chaos by suggesting how a liquid surface was influenced by diverse oscillating frequencies.
The trays, which also served as a projection screen for video images, were placed on acoustic boxes that transmitted vibrating sound waves onto the surface of the water. The series of waves varied from tray to tray, and thus the acoustic signals generated different patterns of interference and distortion.
The immediate relation between acoustic signals and visual patterns, both regular or chaotic, served as the base for a structure in perennial movement, which might be compared to acoustic signals in a three-dimensional space. 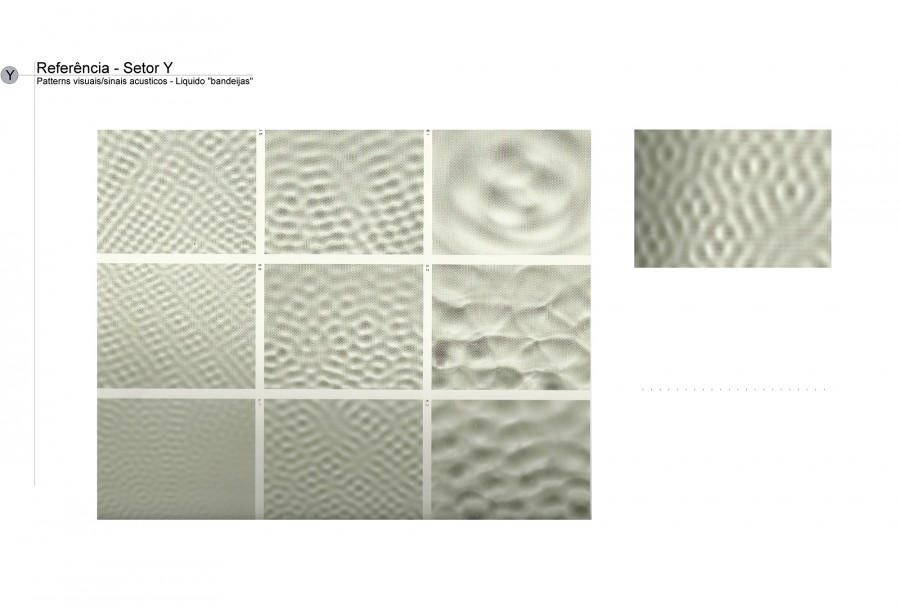 A glass pot filled with a liquid was placed on an electric cooktop. As the liquid boiled, it created a visual pattern that served as a “screen” for the projection of video images. This alluded to a chemical process where, much like in cooking, the heat of a controlled fire will change the temperature of a given substance in order to alter its physical state. 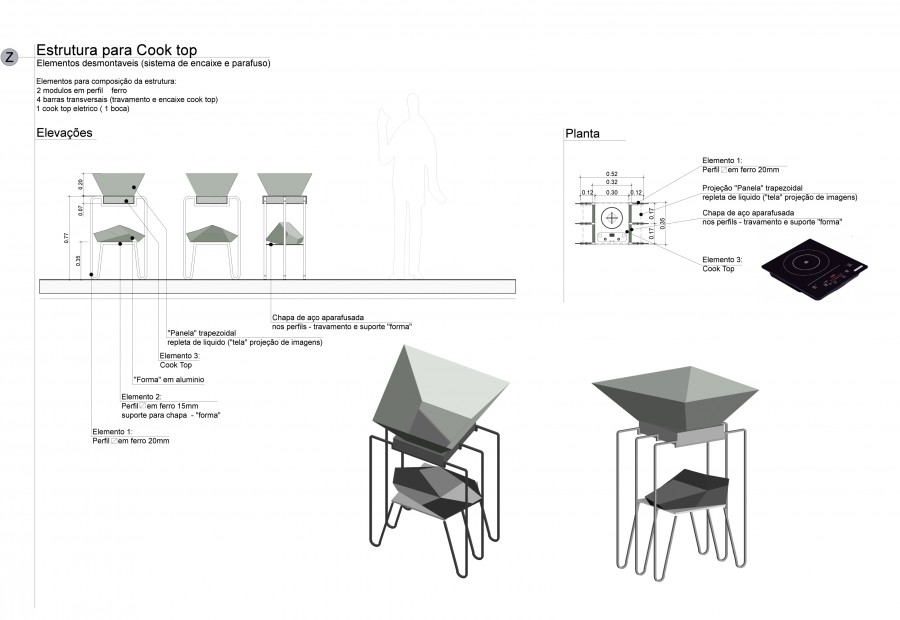 The experiments that took place in each sector were recorded on camera and projected simultaneously on the walls of the exhibition space.
The visitor was thus placed in the centre of the installation itself, which created an ulterior level of interaction and promoted an improved awareness of the relation between the individual and the organizational system of the space.